What is a phobia? 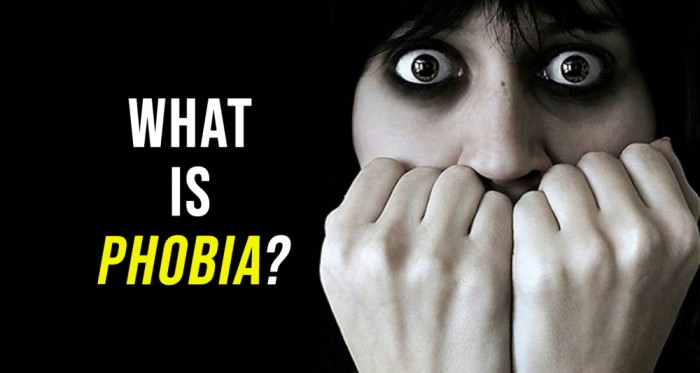 The phobia is a type of anxiety disorder in which the person feels intense fear and disproportionate because it does not correspond to the real danger of the feared. It should be noted that, although the person is usually aware that it is a fear to some degree irrational , the presence and / or anticipation of the situation or the feared object triggers an exaggerated response of fear in the person, a reaction that is very difficult to control without the right tools, and can cause a panic attack in the most serious cases.

“Phobia is one of the most common psychological disorders. In fact, it is estimated that around 6% of the population has a phobia ”.

Difference between natural fear and phobia.

Once at this point, many people wonder what the difference is between a natural fear – albeit an exaggerated one – and a phobia. The Fear is a basic emotion present in all human beings has led to the survival of the species: serves to warn of the danger, preparing the body to confront him or avoid it if necessary. It is, therefore, an adaptive emotion.

However, the phobia is anxiety (irrational and persistent fear reaction) before specific situations or objects , which causes the person to end up avoiding the phobic stimulus, with the consequent limitations that it entails in their life. In summary, the phobia is a fear that gives rise to intense discomfort and that implies a limitation or deterioration of the personal, social or work life of the affected person .

Although there are many types of phobias , this post will deal with haphephobia, agoraphobia and hypochondria, due to the increase that has been found in psychological consultations as a result of the COVID-19 pandemic.

Phobias during the coronavirus pandemic.

The coronavirus pandemic is causing numerous problems in society. With thousands of deaths, the economy in crisis and a restrictive life, many people are beginning to develop psychological problems such as phobias. In this regard, it is important to note that, although these fears existed before the pandemic, the truth is that the fear of contagion has enhanced those phobias that have to do with health (eg hypochondria) or social contact ( eg haphephobia).

(1) – Phobias have increased during the coronavirus pandemic.

The hafefobia is an irrational fear and disproportionate physical contact with others, ie, to be touched or to touch others. In this way, everyday situations typical of a normal interaction such as hugging another or shaking hands generates anxiety even with those close to you.

The coronavirus pandemic has fostered the relationship between physical contact and the risk of contagion, which has led certain people to become obsessed with the need for social distance , even fearing contact even with people who live together and do not pose a risk by taking proper precautions.

“Hafephobia by coronavirus arises as a defense mechanism against fear of contagion, causing the person to take more protective measures than normal.”

It should be noted that this phobia becomes more evident when one is in places where it is not possible to maintain a safe distance (public transport, elevator …). In addition, haphephobia has been detected more frequently in children and the elderly .

How to detect agoraphobia.

The term agoraphobia comes from the Greek “phobos” (obsessive fear) and “agora” (public square), which can be translated as fear of open spaces. In this case, more than the fear of the place itself, it is what surrounds it:

“Agoraphobia is due to the perception of lack of control in an open space or with crowds, especially in case of danger.”

In this way, crowded places such as shopping centers and markets, or places from which it is not easy to get out, such as public transport or a plane, end up becoming places to avoid, seriously conditioning the own capacity for action and the lifestyle of the individual. affected along with that of their environment (eg by depending on them to be able to leave the house).

Unfortunately, despite the disappearance of the coronavirus, once the phobia has manifested itself, it does not disappear by itself : just as there are people who continue to wash their purchases when they get home, although the health authorities have indicated that it is not necessary, there will be people who continue to suffer from panic attacks due to their fear of feeling trapped or helpless on the street.

The hypochondria is an irrational fear and worry excessive to suffer some kind of serious illness . This fear leads people to continuously analyze their body in order to detect signs of some type of disease, which usually causes continuous visits to the doctor , as well as the incessant search for information related to the disease that they think they have.

As in the previous phobias , the anxiety caused by the fear of the disease is intense, disproportionate and persistent (that is, it must be suffered for at least the last six months ).

“It is normal that the precaution to avoid contagions can lead to feeling some anxiety, but those who suffered from phobias have seen their symptoms increased as a result of the pandemic.”

Symptoms can be grouped according to the type of response manifested by the affected person:

“Normally, phobias appear during adolescence or early adulthood, although they are also frequent in the elderly when feeling more vulnerable.”

Why does a phobia develop?

Phobias are due to the association between the phobic stimulus and the potential danger that it represents . This association can occur in different ways:

What factors influence its maintenance?

There are also other factors that facilitate the development and / or maintenance of phobias:

(3) – Phobias during the pandemic

In short, education and vital background will make the person end up associating certain stimuli (situations or objects) with a potential danger. The desire for control and the tendency to ruminate together with low self-esteem will make it difficult to cope with these situations, making the person avoid and escape the phobic stimulus, considering that they do not have enough strategies to solve the situation.

“As with any disorder, there are certain benefits that can influence the maintenance of the phobia in question.”

The consequences of phobias.

Although each phobia has its peculiarities, the consequences of phobias are similar:

What is psychological therapy in cases of phobias? 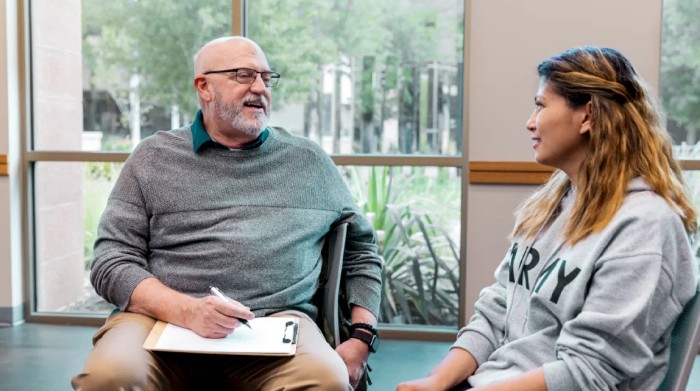 In the first place, the psychologist has to assess the symptoms of the affected person at different levels to determine the most appropriate intervention for their case . Afterwards, the professional will provide a series of tools that will serve to regain their own autonomy and gain independence. The basic line of treatment is reflected below:

“Cognitive-behavioral treatment is usually the therapy of choice for phobias.”

In this way, psychological therapy seeks that the affected person:

Gender Marketing: How to Sell to Men and Women